As much as you loved rocking pigtails in your childhood, now, you probably can’t imagine yourself wearing them as a mature adult. Well, a few years ago, we would totally agree with you. But, having seen the latest mindblowing Instagram pics with celebrities wearing pigtail styles, we realized that they’re making a serious comeback.

Before you say “nah, thanks”, let us show you some pics proving that modern pigtail hairdos have grown up since last time you wore them. Today, they’re anything but childish, and our styling ideas and tutorials are proof!

What Is A Pigtail Hair? 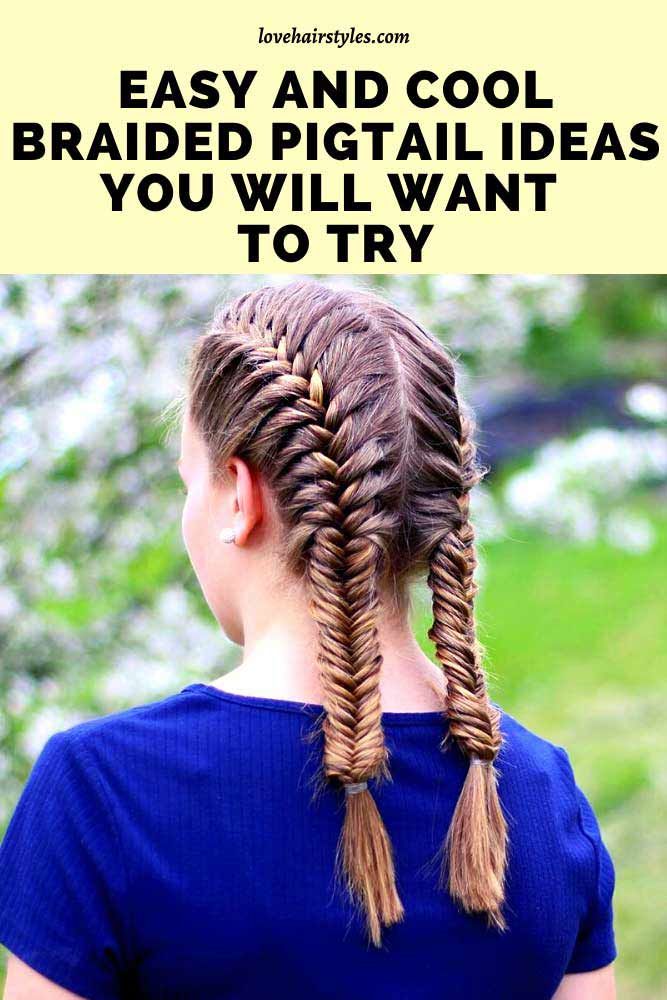 Before we get to new styling ideas, let’s figure out what’s considered pigtail hair. When googling the style, you may come across anything from French pigtail braids to double ponytail ‘do. So which one is the pigtail? In fact, if a style features double plaits or ponytails done at the back or sides, it’s a pigtail.

Why Are They Called Pigtails? 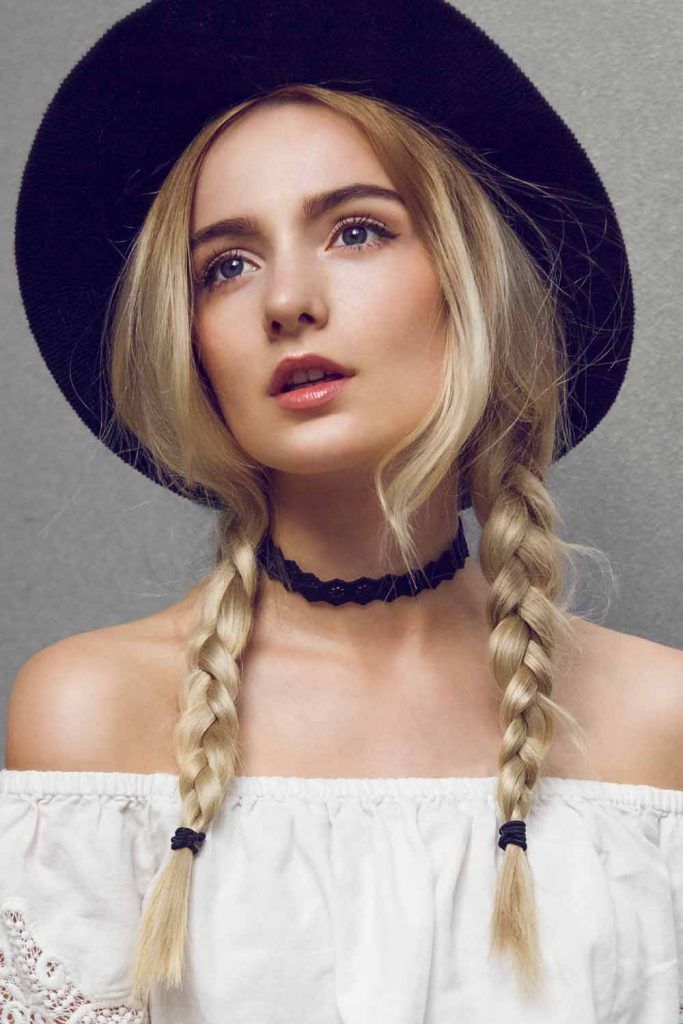 Those wondering where pigtails got their name are going to be pretty surprised. So why do they call pigtails pigtails? Believe it or not, people called the classic braided pigtails after twisted tobacco leaves! Well, to be more exact, such hairstyles looked like twisted tobacco leaves that would resemble the tail of a pig. Weird, huh? Anyway, the style has been popular since the 1700s, and it’s not going to leave fashion any time soon!

Do Pigtails Have To Be Braided? 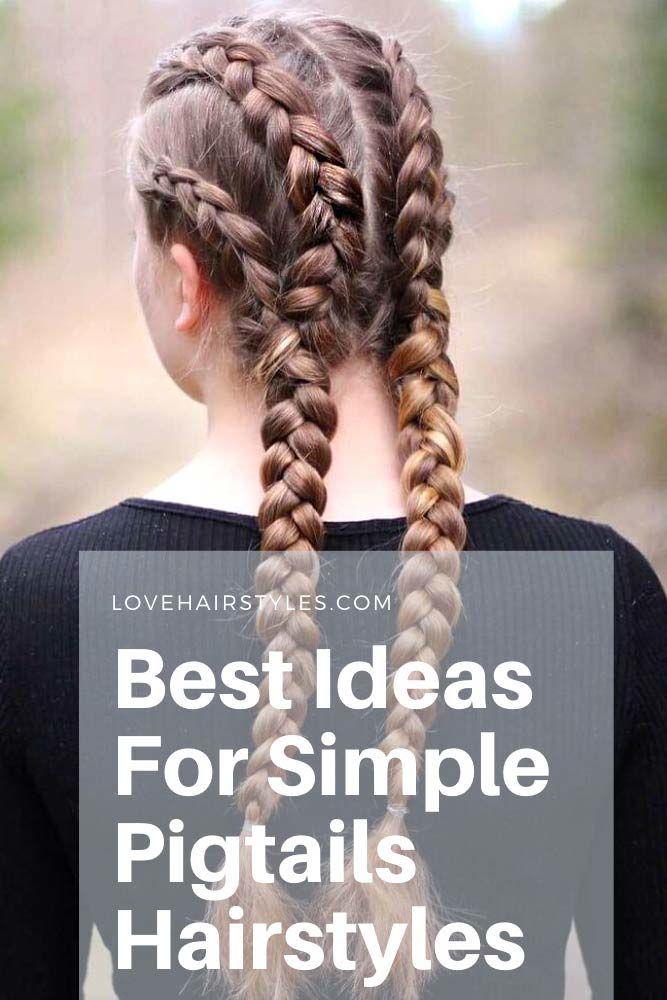 Although the very first version of the popular style is braided, the term applies to any double styles. The only characteristic that indicates whether the style is a pigtail or not is the way it’s tied. In other words, a pigtail is a section tied on either side of the head.

And the best thing about them is that this cute hairstyle we all would wear as six-year-olds can be variously customized today. Now, you can find lots of tutorials on how to french braid pigtail styles, as well as see numerous impressive ways to make them sleek and smart.

Now, how about an awesome quick tutorial that will give a fresh take at the once-childish hairstyle?

How Do You Make Cute Pigtails?

Here’s a short and easy tutorial to create a feminine pigtails hairstyle using a fancy headband.

Easy And Cool Braided Pigtail Styles For You 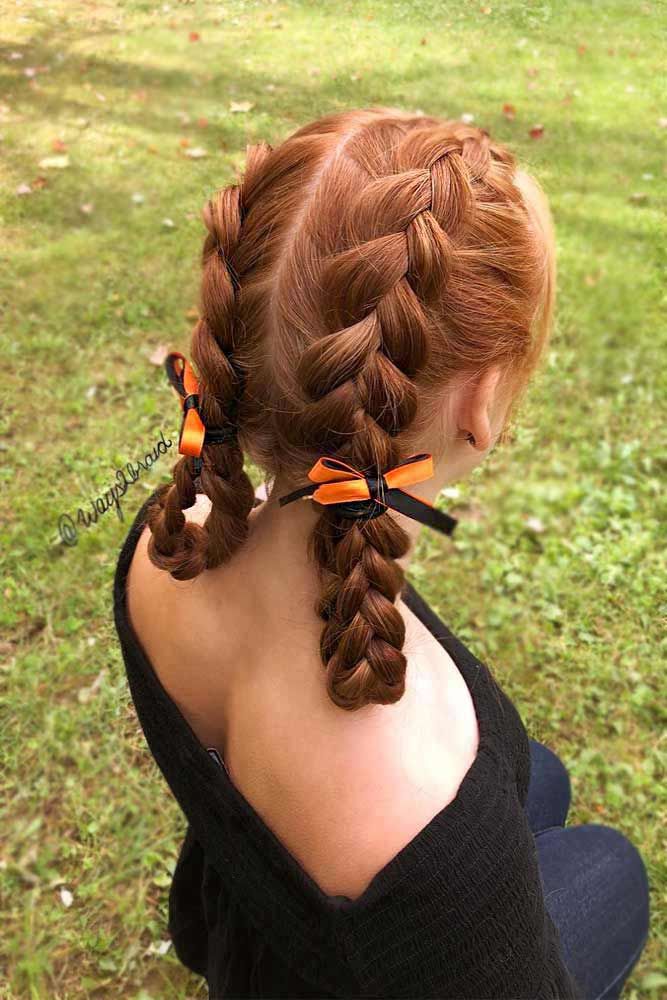 From bold and sleek to fishtail and French, modern pigtail hairstyles allow you to reveal your femininity and show off your exquisite taste while experimenting to your heart’s content.

How Do You Do Ponytail Hair? Best Ideas For Pigtail Ponytails 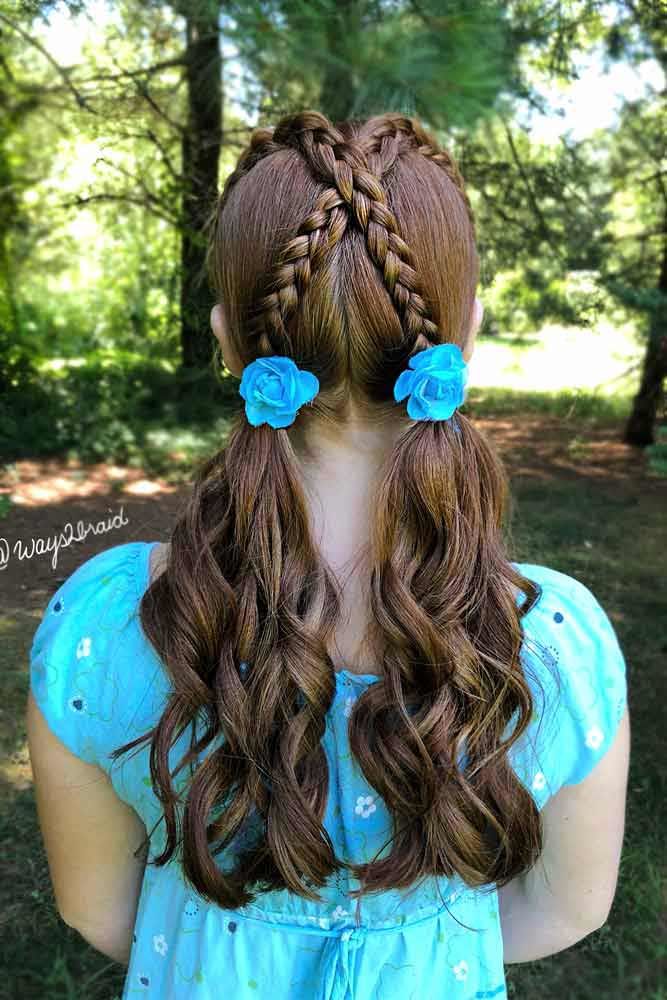 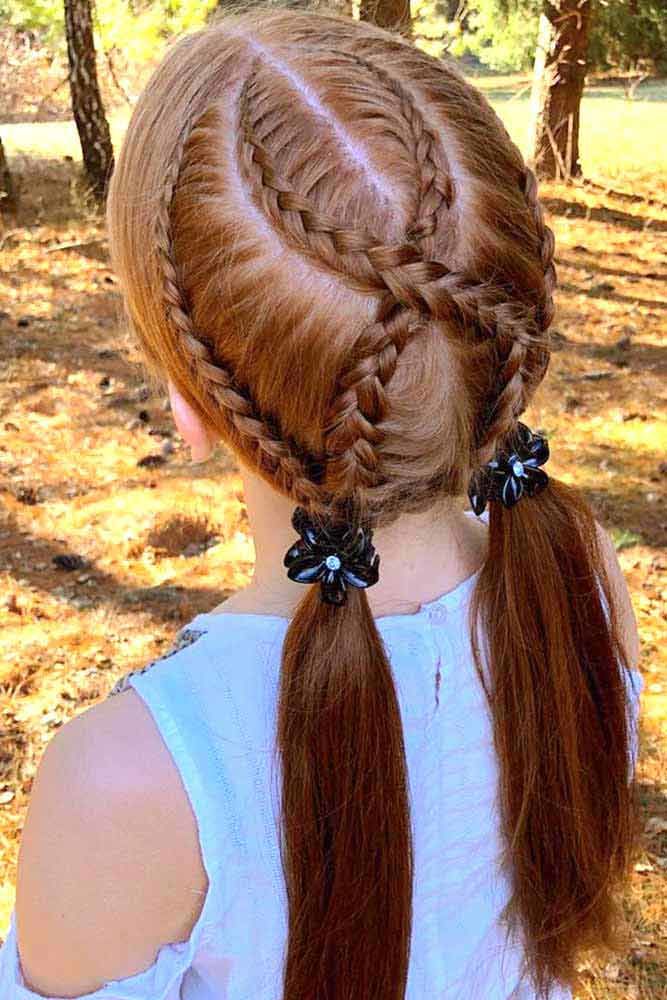 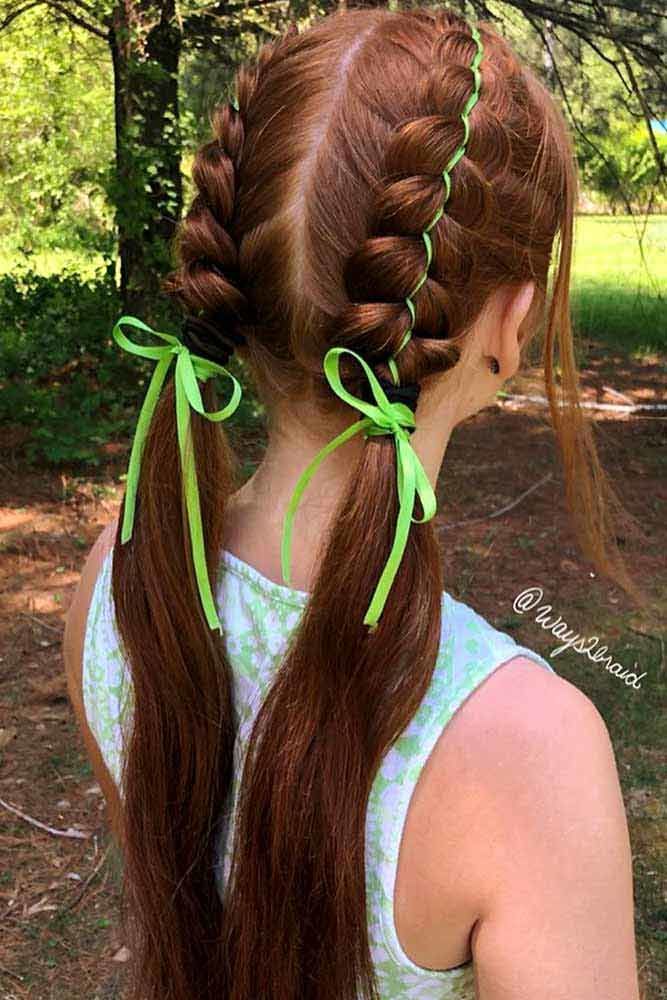 Since pigtail hairstyles are not all about braids, you can go for various high ponytails finished with braided texture as well. Anything from girly anime pigtails to minimalist high ponies will look great in 2020! 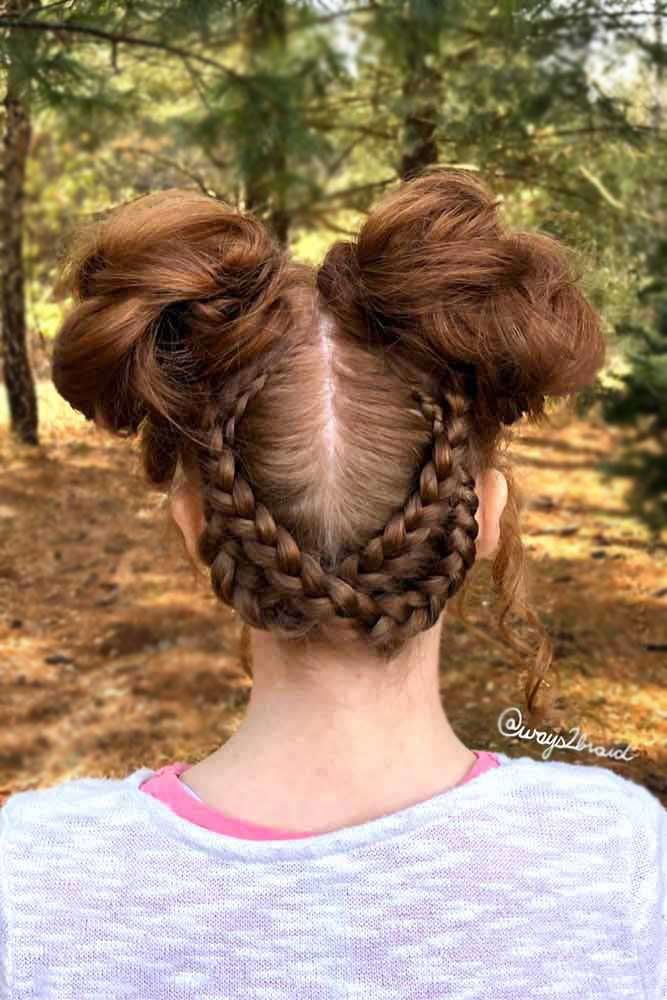 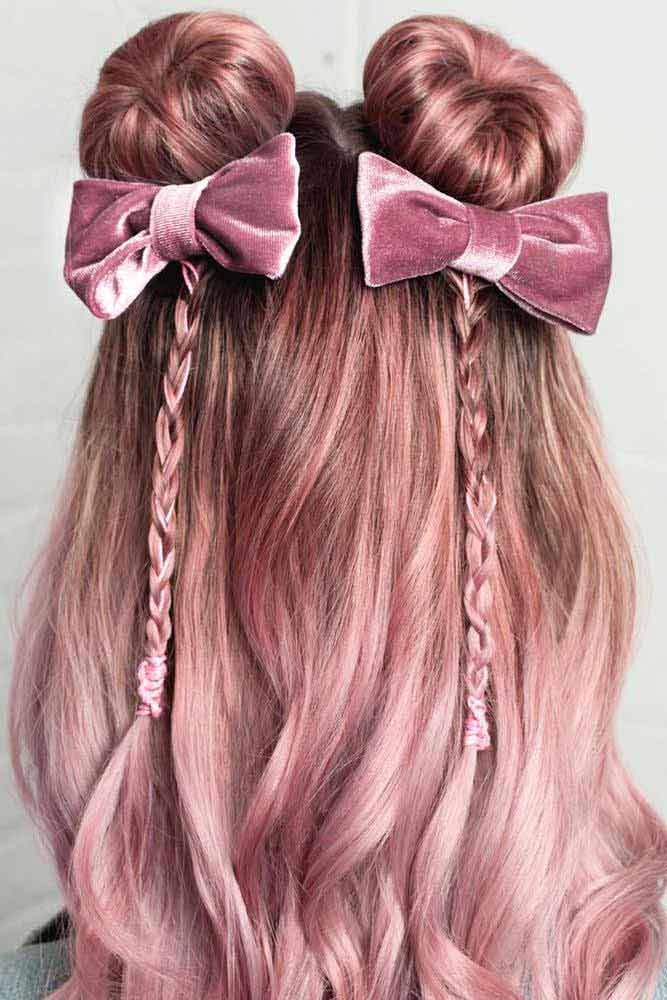 Double buns are another pigtail ‘do that has reached a new level with its crisscrossed braided patterns, voluminous feminine texture, and soft waves falling on the shoulders. 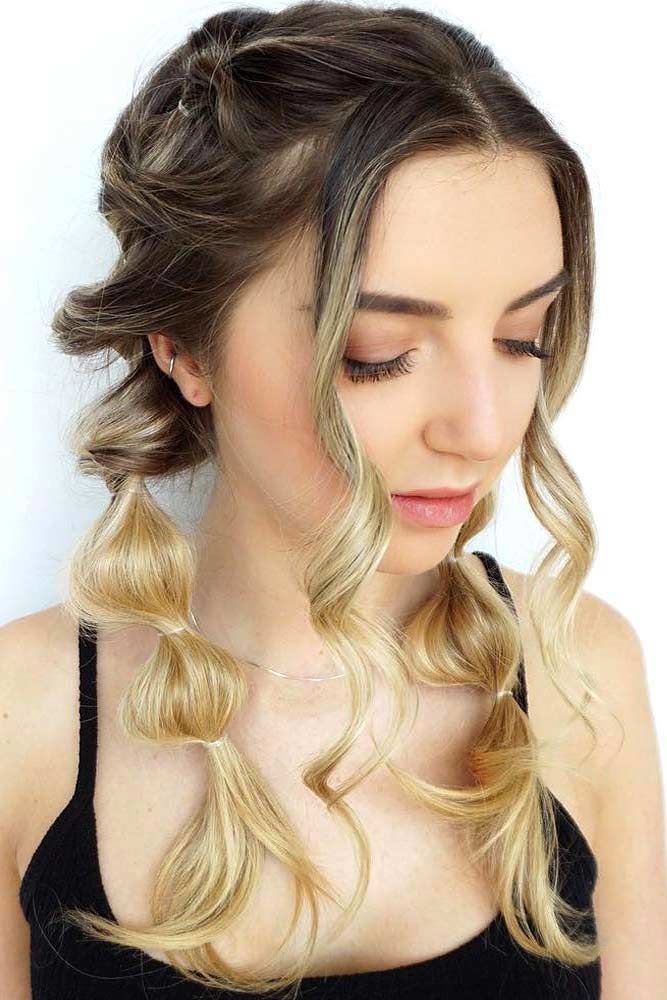 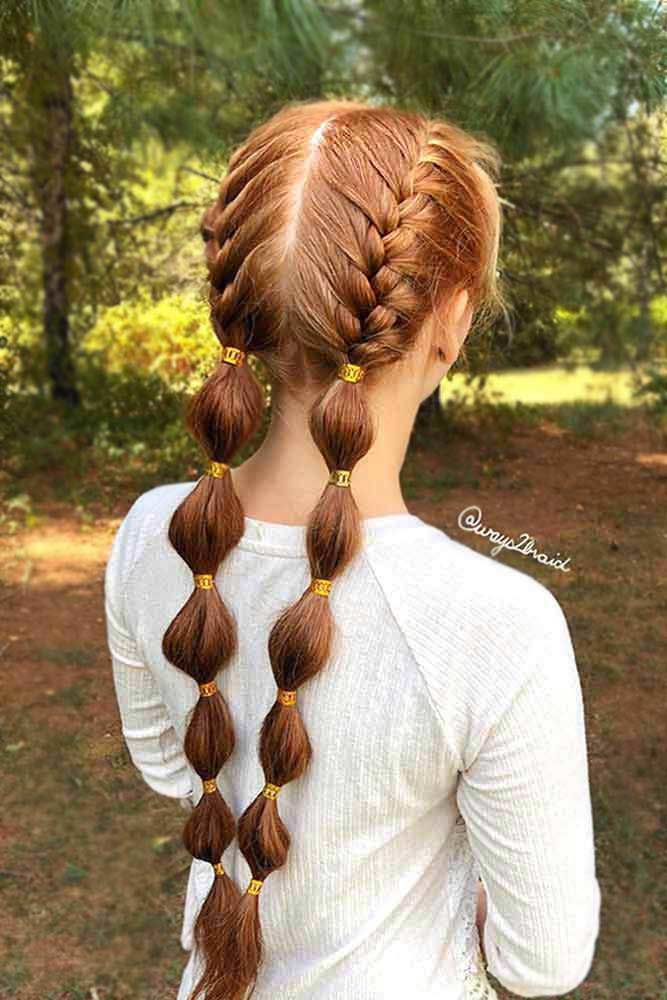 Bubble braids are no longer too simple! Apart from pairing them with tight braids, you can diversify them with the charm of wavy texture. The icing on the cake? All you need is some hair ties!

Now that you’ve seen the fresh comeback of pigtail hairstyles, you know that they’ve become pretty mature. As a matter of fact, you’ve found the reason to go back to those amazingly comfortable double hairstyles! Duble braids and ponytails, as well as space buns and double buns are at your disposal: just add a bit of creativity. All in all, everything beautiful comes in pairs.

Pigtails are rarely worn by grown ladies since they are not considered mature. It’s not a mature hairstyle, but rather youthful and innocent. Pigtails give the impression that the wearer is a little infantile. Pigtails are frequently worn by women who are trying to look attractive in a babyish way.

What is a pigtail vs ponytail?

What are 2 ponytails called?

Bunches, also known as pigtails, twintails or angel wings, are a hairstyle in which the hair is separated along the center and put into two symmetrical bundles, similar to ponytails that are tied near the scalp.

98 Ideas To Experiment With Balayage Hair Color Technique in 2022 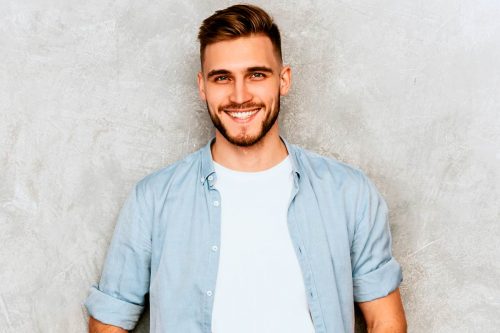